Your 'Single-Source' for Steam & Hydronic Equipment 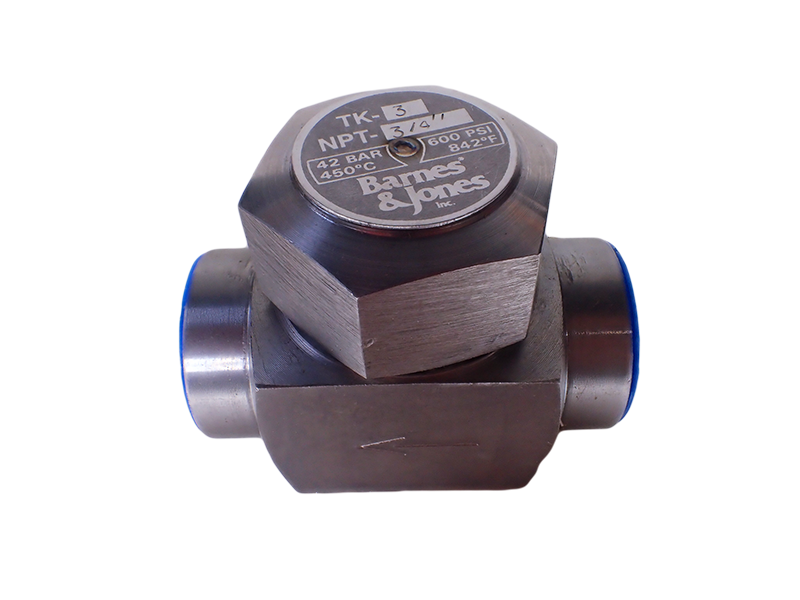 The TK Series Disc Trap is designed to remove condensate and air automatically from steam lines. Freeze-proof installation can be easily achieved.

Scroll the chart below for an overview of steam traps Keystone commonly supplies.

Please contact us for questions, quotations and inquiries. We can also help you find traps not listed here.

For chart information on Materials, Capacities, and Dimensions for Edison thermodynamic steam traps, please see below.

Do you still have questions? Are you looking for pricing information or to place an order?

Call or Email Us

Do you have questions about thermodynamic steam traps?

How do thermodynamic steam traps work?

The TK Series Disc Trap is designed to remove condensate and air automatically from steam lines. Freeze-proof installation can be easily achieved.

Thermodynamic traps (also called disc traps) use the higher kinetic energy of flash steam over water to close the trap with static pressure. As condensate enters the trap, it lifts the disc and discharges out three individually-ported outlet holes. The three outlet holes assure the vertical lift of the disc is parallel to the seat so no rubbing or tilting of disc is possible. When condensate temperature gets close to steam temperature, the condensate starts to flash over into steam after it enters the trap. This flash steam flows with a higher velocity (under the disc) lowering the pressure under the disc. The higher pressure on top of the disc snaps the disc closed. When the flash steam trapped above the disc condenses, the cycle is repeated.

What are the features of thermodynamic steam traps?


Where do you typically find thermodynamic steam traps?